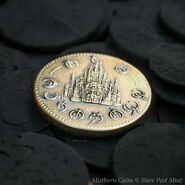 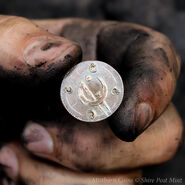 Clip of The Final Empire featuring the symbol for copper 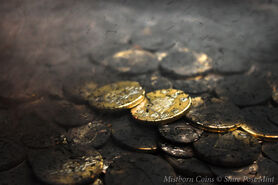 Boxings and Clips of The Final Empire covered in ash 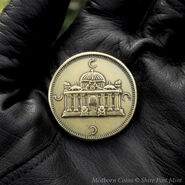 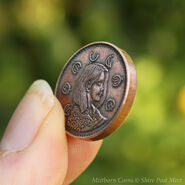 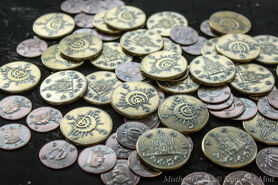 Shire Post Mint has launched a new Kickstarter campaign to create solid metal Mistborn coins. These four new Sanderson-approved designs feature Steel Alphabet text and gorgeous engravings. They hail from The Final Empire as well as from Era 2 in the city of Elendel.

The Kickstarter campaign was funded within 135 minutes of launch thanks to Brandon Sanderson's fans! The project will run until October 28th. The coins will be available after the Kickstarter on shirepost.com Check back often to see what stretch goals are unlocked and Kickstarter-exclusives are available.

The extremely limited Cosmerenaut level includes a coin that was sent into the stratosphere and back as well as a Certificate of Authenticity signed by Brandon himself.