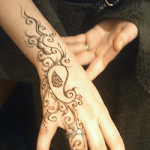 I'm a lifetime fan of fantasy literature and an avid reader. I'm also a geek. (But this is a user profile on Mistborn Wikia, so that should be obvious.)

I discovered the Mistborn books after Brandon Sanderson was chosen to finish the Wheel of Time series for Robert Jordan. They were giving away free copies of the original book (from before it was renamed) at DragonCon, so I picked it up. I was hooked!

Since then, Mistborn has become one of my favorite series, and Brandon Sanderson one of my favorite authors. I've since met him at JordanCon 2009 and 2010, and a book signing for The Gathering Storm. Not only is his writing excellent, but he's a really nice guy.

I have cats named "Vin" and "Spook"! Vin is a sneaky little thief (loves dice and wrapped candies) who leaps from surface to surface like a crazy thing. (She also wants frequent reassurance that you still love her, which is strangely appropriate!) Spook is Vin's mother and slightly crazy; she was named as a feral kitten – gender unknown – due to her extremely acute senses.

Retrieved from "https://mistborn.fandom.com/wiki/User:MaidMirawyn?oldid=5685"
Community content is available under CC-BY-SA unless otherwise noted.