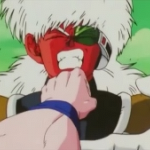 Hello, any at all people or koloss or kandra or Inquisitors (who can see) or other that can view my page. My name is Bmax999, and I happen to be a major fan of Brandon Sanderson.

Back in 2008, I was told that I had to read more often. I just spewed out the keyword "fantasy" on Amazon.com and found two options. One was something I’d rather not describe, the other was Brandon Sanderson's Mistborn debut.

I picked up the first book in 2008, then finished all three two months later. This author, the likes of whom I had never heard before, singlehandedly sparked my interest in reading. Before I even knew what I was doing, I had purchased three other Sanderson books (Warbreaker, The Way of Kings, and Alloy of Law) and had all of them done before 2010. Not satisfied with that, I had to go back and reread each of them at least twice before I felt I could make it into a movie (if I had the skills and finances to do so, of course). The Mistborn series remains my most opened books with eleven reads through every chapter, and was the subject of three book reports in my school. I then pushed all Brandon Sanderson fantasy release dates into my calendar and eagerly awaited sequels to the Stormlight Archive, and immediately downloaded The Rithmatist without checking the ratings or reviews (and I wasn't disappointed anyway). I could hardly bear the wait until Shadows of Self was released in October, 2015, since I did not want to get into Wheel of Time just yet. Until 2016, the only book of Sanderson that I have yet to read is Elantris, and I had never intended to actually read that, since I had already been exposed a lot of spoilers of it covered in the annotations of Warbreaker, but I eventually came around to reading it and somehow got captured by it. I pored over the artfully constructed language in Bands of Mourning, excited for the final book in the second era series. Brandon then pushed out Mistborn: Secret History, which I honestly wish I did not buy, as there was so little content in it to justify a price tag.

On this wikia, I am one of the more established users, with major edits on Breeze's page. I also created a "Cett" disambiguation page and a Hoid page (simply because he is one of the most important "world-hoppers" in Sanderson's cosmere). I am the sole producer of Fadrex City on this wikia, and am the most handsome on the site. I, unfortunately, do not have any authority here, so if you are looking for someone to delete pages or edit what has been protected, you are looking in the wrong place.

Happy editing to any who have joined!

Retrieved from "https://mistborn.fandom.com/wiki/User:Bmax999?oldid=6606"
Community content is available under CC-BY-SA unless otherwise noted.