Allows an Allomancer to see a vision of possible paths they could take in the future. Usually limited to a few seconds.

Electrum is an alloy of Gold and Silver . It is an internal metal that, when burned,

will show the burner his/her future, which can be used to counteract the effects of an enemy Allomancer with atium. The first appearance of electrum was in book 3, in which Vin burned it when fighting a Steel Inquisitor. 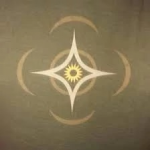